Born and raised in Washington, DC, I first became intere 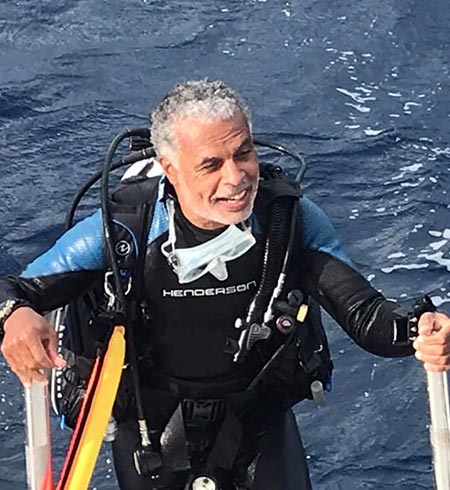 sted in scuba diving in 1997 while stationed at Hickam Air Force Base, Hawaii.  There, I became a certified diver and my passion in diving took off in the years that followed. I pursued several dive opportunities that included joining UAS in 2002, where I sought advanced certifications, and most importantly, became an avid diver with over 1300 logged dives.

To give back to the sport and share my experiences with others, I became a scuba instructor. From teaching introduction & advanced classes, to specialty skills and marine education, I take personal pride in helping everyone become a better diver.

I am officially retired having served 24 years in the US Air Force and 16 years in DC state government.  Now, my goal is to serve as UAS President to the best of my ability and personally, dive in all of the world’s top diving destinations at least once.